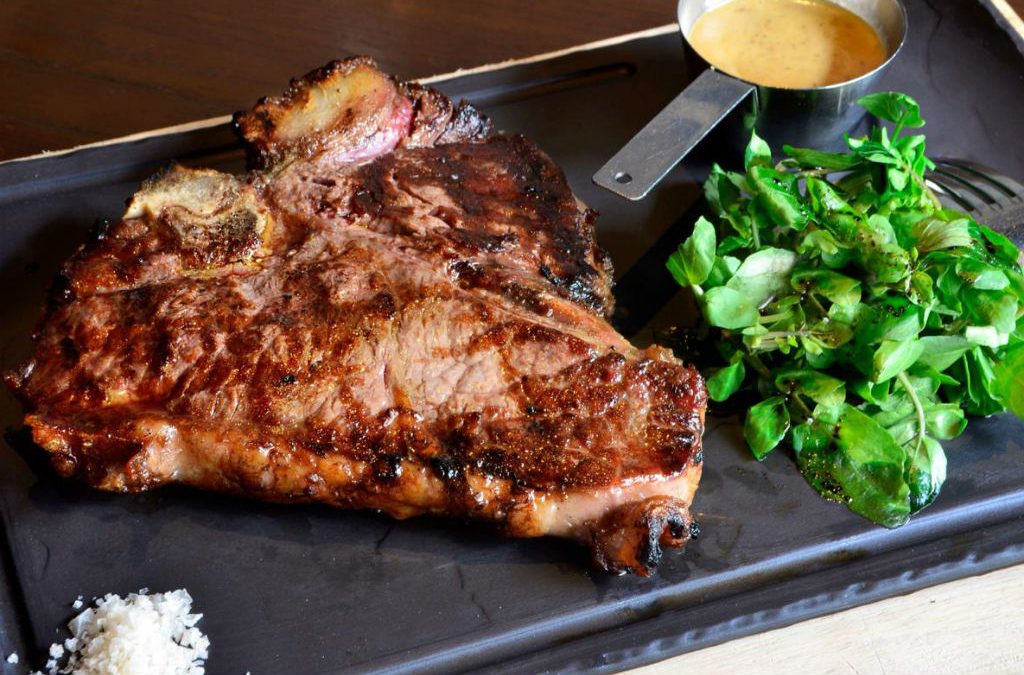 What is a porterhouse steak? It’s easy to ask, not so simple to answer. Here in Australia we commonly know porterhouse as a boneless sirloin steak, but pretty much everywhere else in the world a porterhouse comes on the bone.

Us along with our friends over the ditch in New Zealand are the anomaly. And since our food culture takes cues from around the globe, you may see Aussie restaurants serving t-bone style steaks and calling it porterhouse. What does it mean when Walter’s Steakhouse in Brisbane says its signature is a US-style porterhouse, and Meatmaiden in Melbourne dry ages this style of porterhouse in-house?

In an attempt to clear any confusion, we’ve chatted with a steakhouse in Florence and one locally about what a porterhouse is, the difference between Australia and Italy, and the best way to prep and cook it.

What defines a porterhouse?

“[In Australia] porterhouse bone-in is the sirloin on the bone,” says Aaron Smith, chef and owner of The Glenelg Public House on the Gold Coast.

“A lot of this stuff is also regional like in America they call it cilantro, here we call it coriander.

“I’ve seen people calling t-bones a porterhouse because they’re more down to the hindquarter of the cow, and further up the short loin they’re called the t-bone.”

Smith is correct, in Australia we call a sirloin steak a porterhouse. In America and Europe it’s a different story. Luckily for us the United States Department of Agriculture (USDA) has defined exactly what a porterhouse is for them.

Put simply, porterhouse steaks are T-bones, but a T-bone isn’t a porterhouse. Both cuts both come from the short loin region of the cow and feature the distinctively shaped bone. The difference? It all comes down to the width of the filet.

A porterhouse on the bone has a big juicy sirloin on one side, and a filet on the other side that is at least 1.25 inches (3.2cm) wide. If that filet is smaller than 1.25 inches, it is just a regular ol’ T-bone. Simple.

So, if you see an Australian menu offering porterhouse bone-in or US-style, you’ll know the steak has enough meat to feed two.

What’s the benefit of keeping the bone in?

“You’ve got to talk about effort versus reward,” Smith says. “Everything is going to be better on the bone, definitely. You get more flavour, you get that nice slow resting that gives you an even cook all the way through.

“Steaks can be cut and designed to cook as fast or as slow, or as easy or as difficult as you want to make them.”

For a busy restaurant, bone attached cooking slows everything down. It’s why on most steakhouse menus you’ll see just one or two steaks on the bone. Chefs at The Glenelg Public House reverse sear their bone-in steaks to ensure it cooks evenly through and caramelises on the outside.

Is Florentine steak a porterhouse or just a T-bone? 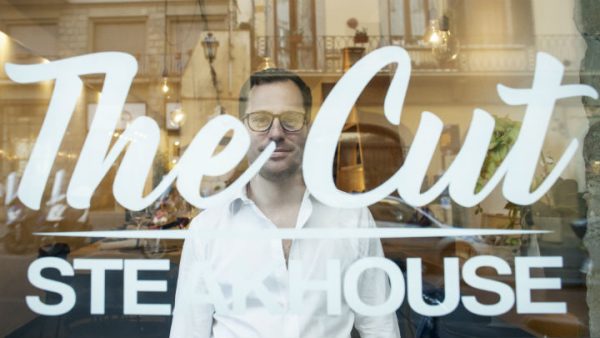 “In Tuscany until 10 to 15 years ago, Bistecca alla Fiorentina was recognised as costata (rib eye) or T-bone – but now people are just looking for the T-bone,” Lorenzo Andreazza, owner of Florentine steak restaurant The Cut, says.

If you order the famous Bistecca alla Fiorentina you will be interchangeably served a porterhouse or T-bone cut, Andreazza further explains. Steak restaurants in Italy are more focused on the breed and quality of meat.

For Florentine steak there is particular hype around the prized DOP Chianina, a giant white cow Italy raises in the south of Tuscany to specific breeding methods. And no, Knickers the giant cow that broke the internet isn’t a Chianina, but a Holstein. But the tallest living steer, according to the Guinness Book of World Records, is in fact an Italian Chianina named Bellino. He stands about 6 feet, 7 inches tall, about 3 inches taller than Knickers.

“There are just approximately 15,000 cows of that type [in Italy],” Andreazza says. “In Florence 90% of [restaurants] who are selling [Chianina meat] are fake ones, not real ones.

“I personally don’t like the Chianina cow, because it is too lean. I prefer marbled meat”

How to cook a bone-in porterhouse 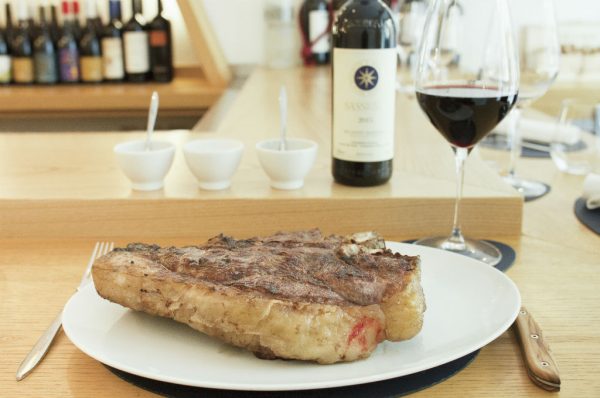 The pillars of Italian cooking are based on simplicity, and steak is no different. At The Cut Andreazza says the grilling method is as important as meat quality.

“If you really want to focus on the quality of things, you keep it simple. Usually what we do is just use some coarse salt, and massage it on top of the steak to let it take out all the fat and melt the fat on top of it. We just leave it [to warm] for 10-15 minutes, and then sear it on both sides.” the 29-year-old owner says.

Cooking with charcoal or wood fire will produce a greater result than gas, he says. The Cut has a Spanish grill that allows the chefs to cook steaks down near the flames, and raise them higher as required. They cut porterhouse at least 5cm thick, and it takes about 25 minutes to cook 1kg.

Once rested and sliced he says people in Tuscany often add olive oil just before eating. “Usually [the meat] is very lean so the olive oil is a little bit of fat. But I recommend not putting olive oil if the meat is already marbled. It will change the taste,” Andreazza says.

“Traditionally we serve it in Tuscany with white beans or roasted, diced potatoes. And you need good-bodied wine with good tannins – heavy, like a chianti classico.”

Smith says everything goes with steak. At The Glenelg Public House they do four sides just with potato, a truffle mushroom gnocchi, carrot with yogurt and dukkah, and broccolini with lemon. But classics like a mixed lead salad will always stand up to a fatty, charred marbled steak, he says.

In Australia we like to take tradition from across the world and twist it to suit us – so doubt we’ll start to see more bone-in porterhouse served here soon.

Every way to cook a steak – Your ultimate guide

How to make your own biltong at home

Is your steak leaking blood?