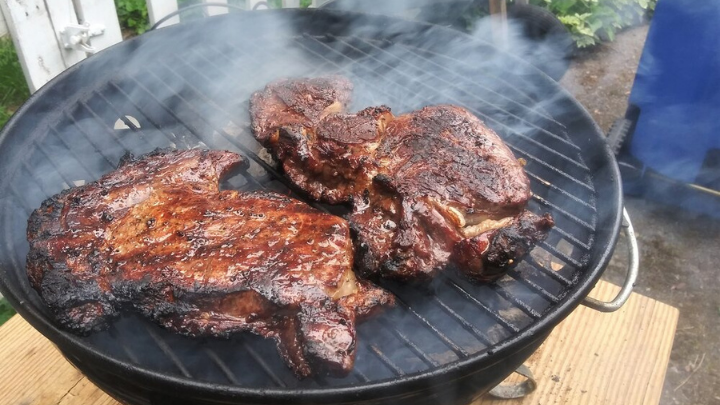 There are many well-known cuts of beef that even a vegetarian could identify – rump, rib, sirloin, T-bone, eye fillet, the list goes on. But in the world of lesser known beef cuts, have you heard of the Delmonico?

Where does the Delmonico steak come from?

One of the lesser known beef cuts, the origin of the Delmonico relates to New York dining institution Delmonico’s, which opened in 1837 and is still around today.

But despite being around for over 150 years, the Delmonico means different things depending on who you talk to.

Chefs, butchers and beef gurus often disagree about which cut it is, where it is located on cattle and even what it is called.

Known in some circles as the chuck eye log, mock tender, chuck fillet or a beauty steak, the Delmonico is lesser known than many of its more popular cut counterparts. Unlike more commonly used cuts, the name Delmonico doesn’t reference the cut’s position on the cow, making it even trickier to identify.

The best way to cook a Delmonico steak, according to this top chef

Simon Street, Executive Chef of The Boatshed at the Regatta knows the Delmonico well and reckons that when cooked properly, it’s the best cut of beef around.

Simon identifies the Delmonico as part of the chuck, around the neck and shoulders of a cow.

“There are two distinctive muscles in the chuck, the Delmonico and the Denver. The Delmonico is a continuation of the cube roll,” he says.

Simon uses the Delmonico regularly and says it eats better than eye fillet. It’s also a third of the price, although not commonly available from the butcher.

Simon and his team have been experimenting with cooking the cut in a variety of ways and using it in different dishes. He says the best way of cooking it is sous vide, resulting in a perfectly tender steak.

“For me the Delmonico is the perfect cut,” he says. “It ticks all the boxes. Its flavoursome, tender, doesn’t compromise on quality and is cost effective to buy.”

Grass-fed versus grain-fed beef: How does it affect the taste?

20 of the best steakhouses in Queensland