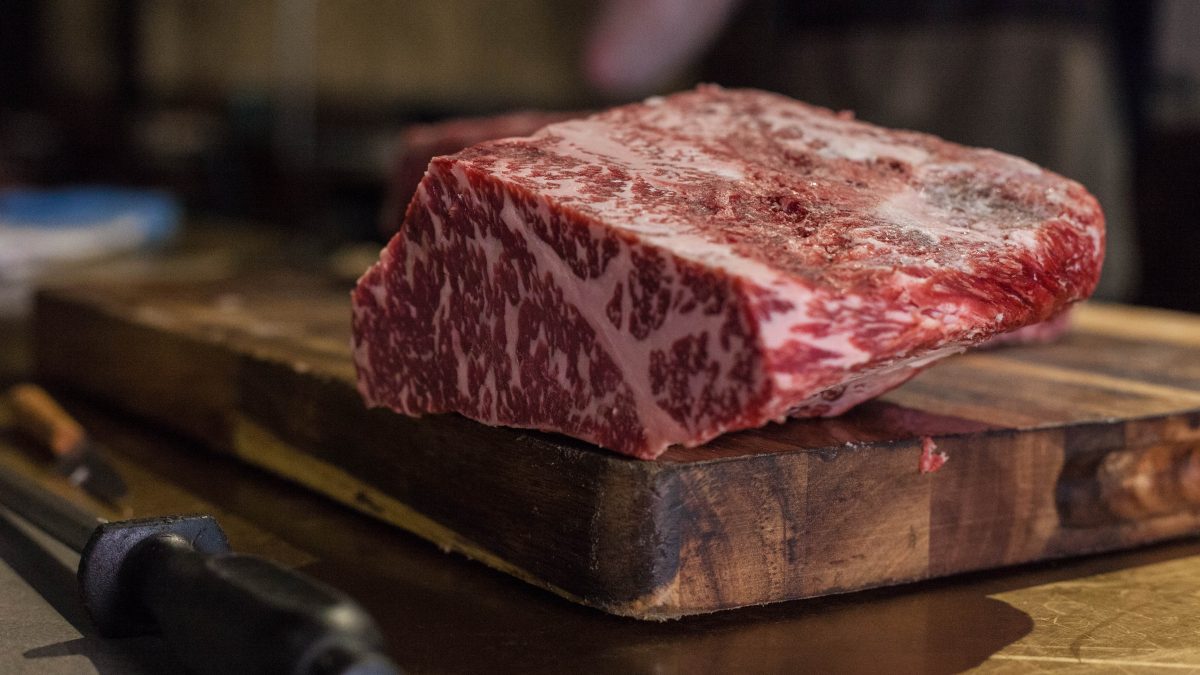 Think the tastiest cuts of beef are the ones with the most fat and so off limits once the weight-loss mission begins? Not necessarily. Making a change for health or weight-loss reasons doesn’t mean you have to sacrifice on any of your favourite cuts.

In fact, there’s a huge range of healthy cuts to choose from that offer a variety of cooking styles with stacks of flavour to be enjoyed.

Here, we give you the rundown on the good fat versus the bad fat and how to know the difference, plus ways to trim the fat and a rundown of the various cuts and their fat content.

And remember, fats form part of a healthy diet, so like all good things in life, they key is to strike a good balance. And remember – consider how you cook your beef and what you’re serving it with to balance out your nutrient intake.

There are two different types of fat when it comes to beef – and they’re not created equal.

While some cuts of beef are naturally fattier due to intramuscular fat (marbling) – which is exactly what many steak-lovers want for tenderness and flavour – research has proven that this is actually a good fat and has positive health benefits, with no negative effects on lipoprotein cholesterol metabolism.

The bad fat is instead the kind that comes as a thick layer of external fat.

Any other visible solid sections of fat can be easily trimmed off to to ensure your cut is as lean as possible. Like the fat on a rump cap or sirloin (porterhouse) steak.

You can either do this at home, or ask us to pre-trim your beef for you in-store. We’re always happy to help.
Some people even like to cook their steak with the external fat on, then cut it off before eating, for that bit of extra flavour and moisture it offers during the cooking process.

Low to medium marbling, with no external fat

Flank steak comes from the chest of the cow, and is well-liked for its great flavour rather than tenderness.

Recommended cooking method: Grill as a steak, or use in tacos and fajitas.

Tenderloin (or eye fillet) has very little intramuscular fat, and is the tenderest muscle in the animal, which makes it typically very sought-after.

Recommended cooking method: Grill as a steak, and great as steak tartare.

The eye round comes from the outside of the leg and is very low in fat.

Rump is from the hip section and generally doesn’t have a lot of marbling. It’s considered the most flavoursome and tender of all cuts from the round.

Recommended cooking method: Grill as a steak, use in stir-fry, or roast.

Sirloin (also known as porterhouse) is from the large part of the T-bone area, and is very tasty and flavoursome.

Recommended cooking method: Grill as a steak, as a roast, or stir-fry.

High marbling, with no external fat

Chuck is very lean, but is still full of flavour and is very versatile.

Rib-eye is one of the most popular steak cuts, as it is very marbled, so full of flavour and very tender.

Recommended cooking method: Grill as a steak, or roast.

Flap meat has a lot of flavour, is marbled and tender.

Recommended cooking method: Grill as a steak, and great in the French ‘bavette’ style.

Tri-tip comes from the side of the rump, usually with great intramuscular fat.

Rump cap (also known as picanha, sirloin cap or coulotte) has good flavour and can marble well. It has a thick cap of fat running across the top, which adds a depth of flavour.

Recommended cooking method: It’s great marinated and grilled, and as a roast.

Read next: Why sous vide produces a better steak

How to make country fried steak

Working with knives: 7 things you need to know

Is it a cardinal sin to freeze steak?

Video: Why does my steak look that brown colour?